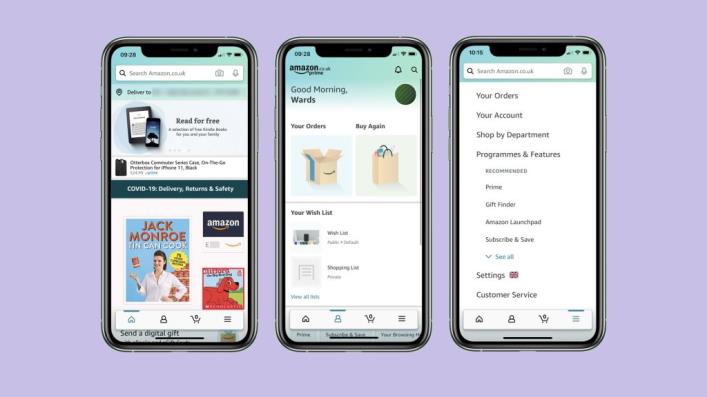 Amazon has been on the list of top e-commerce platforms in the world selling millions of items each day. To meet the high traffic of the users on the platform and to keep up with the highly competitive market, Amazon always keeps improving its services and other assets like the website and mobile app.

Adhering to a similar procedure, recently, Amazon introduced a few changes in its mobile application. Well, some of you might have gotten the chance to check out the newly renovated app user interface while others might have not received it yet.

According to several reports, the new updated design isn’t an app version-specific feature and Amazon is rolling out the renovated design slowly to other users too.

So, what’s new in the updated app. Well, to make the app easy to use, the basic navigation buttons of the app have been shifted to the bottom. Users having long smartphones, having a bigger display, will find the app easier to reach out to. The navigation buttons feature the home button, account or user profile option, cart option, and finally a more options button.

And the biggest change will be the dedicated tab that features Whole Foods. FYI, Amazon acquired the popular grocery store in 2017. The app integration of Whole Foods will be handy for the users who always buy from the grocery store a lot.

Well, the new updated app UI has been received by a lot of users, but still, it hasn’t rolled out completely. You can check if you have received the new renovated app by updating the Amazon app from Play Store or app store.